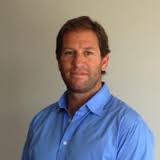 TMS, which represents over 60 international players including Dan Cole, Liam Williams, Charlie Faumuina, Will Genia, Simon Zebo and Tommy Seymour, was founded over 13 years ago by Shaun Longstaff (pictured) and his lawyer wife Jenny. Fellow directors and ex-players Jono Stuart and Daren O’Leary will also join the new enlarged group.

TMS will join James Grant’s sports division which has a rugby client roster including 2013 and 2017 Lions captain Sam Warburton and double Six Nations winning England captain Dylan Hartley. This merger boosts the combined rugby client roster to include players in every country and every major league in the world, making the division one of the largest global rugby agencies (along with Essentially and Esportif).

“The whole team at TMS is hugely excited about the prospect of this merger. There is a genuine synergy of management practises and ambition between the two parties and whilst establishing ourselves as the leading global agency is one of our mutual objectives, we also recognise that all of our clients will benefit from this merger” said Shaun Longstaff.

Mick McGuire, UK sport executive chairman said “we are delighted that the Top Marque team has chosen to join us. Our combined client roster creates a depth and breadth of clients which puts us at the forefront of the rugby management industry. We are committed to investing the necessary resources to ensure we continue to deliver a first-class service for our clients benefit and very much look forward to working with the whole TMS team.”

All Sport Insurance
Scroll to top