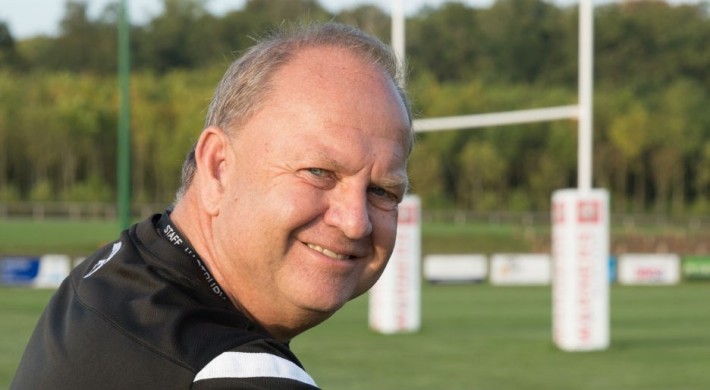 Leaving his post as Director of Rugby at Hartpury after seven years, Martinovic will oversee the recruitment for both the Academy and first team.

With a wealth of experience to his name, Martinovic spearheaded the golden era of rugby at Colston’s School, coaching the first team to seven Daily Mail National Cups and producing eighty-three schoolboy internationals.

He went on to coach Hartpury U18s to seven successive RFU AASE titles, three British Universities titles and guided the senior team to second place in National One, establishing the institution as one of the leading rugby colleges in the United Kingdom.

“We’re delighted to bring in someone of Alan’s calibre into our set-up. He’s someone that I know well and the attention to detail he brings is excellent,” Director of Rugby Andy Robinson told bristolrugby.co.uk.

“His record at both Colston’s and Hartpury – where he has developed some international-quality players including Tom Varndell, Lee Mears, Alex Brown, Olly Barkley, Jonny May, Jordan Crane, Ross Moriarty, Tom Savage, Henry Trinder, Shane Geraghty, Gareth Delve and Duncan Bell – is testament to his coaching and ability to identify and develop talent.”

Martinovic has previously held a major recruitment role for ten years in the position of Technical Director and Academy Manager at Bath Rugby, where he was responsible for bringing Steve Borthwick, Iain Balshaw. Mike Tindall and Matt Stevens to Bath.

He added: “I’m looking forward to a fresh challenge at Bristol Rugby. The passion and potential for rugby in the city is massive and we need to ensure they have a team in which they can take immense pride.

“I’d like to thank everybody at Hartpury for their effort and support over the past seven years – I thoroughly enjoyed leading a programme which produced so much outstanding talent. I am really looking forward to renewing my working relationship with Andy which brought us so much success in the past.

“Bristol is a Club that has all the ingredients to be successful and I will do all I can to put everything in place to service the current needs of the first team squad and bring in talent for the future.”