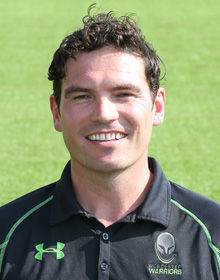 McGinity spent four years at Sixways, firstly as a consultant and then as a salaried member of staff.

He played a key role in the transformation of the squad, helping recruit players like Ben Te’o, Francois Hougaard, Donncha O’Callaghan and Nick Schonert.

He said: “I wish the club much success in the coming seasons and leave knowing that with the emerging young English talent coming through the academy the club’s future prospects are far greater than when I arrived.

“It has been a fantastic experience working at Warriors through such a transitional time at the club.

“With the establishment of the junior academy centres, the upgrading of the playing facility and the creation of a global scouting network many positive steps have been put in place for a successful future for the club.

“I would like to thank the staff and in particular Bill Bolsover for the support I have received in my role.

“I hope the club under Gary Gold will continue to make positive strides in the coming season.”

Kings And Cheetahs About To Look North?
Scroll to top