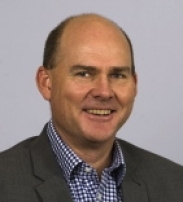 Worcester Warriors have announced a new management structure which will see chief executive, Jim O’Toole step down from his role at the end of June to be replaced by former Quins RL chief executive, Gus MacKay as managing director.

Chairman Bill Bolsover said: “We would like to thank Jim for his commitment and enthusiasm during his time as chief executive and wish him every success in the future.

“We welcome Gus to his new role at a very exciting time for the commercial side of the business and believe his experience within professional sport will be a catalyst to drive the club forward off the pitch.”